UK publisher Stanley/Barker has released Mimi Plumb’s The White Sky monograph to raving reviews. In her early twenties, the American Photographer Mimi Plumb looked back to her Californian childhood to make a series of photographs about suburban youth. The resulting photographs collected in her new book The White Sky builds a world in which an unknown trauma hangs heavy in the air, and children rule the roost.

Across this barren and blackened stage, Plumb casts a parade of wandering characters. Children feature prominently in this work, but also dogs, bicycles, autos, and other moving elements.

Mimi Plumb captures the beauty of growing up in 1970s suburban California. 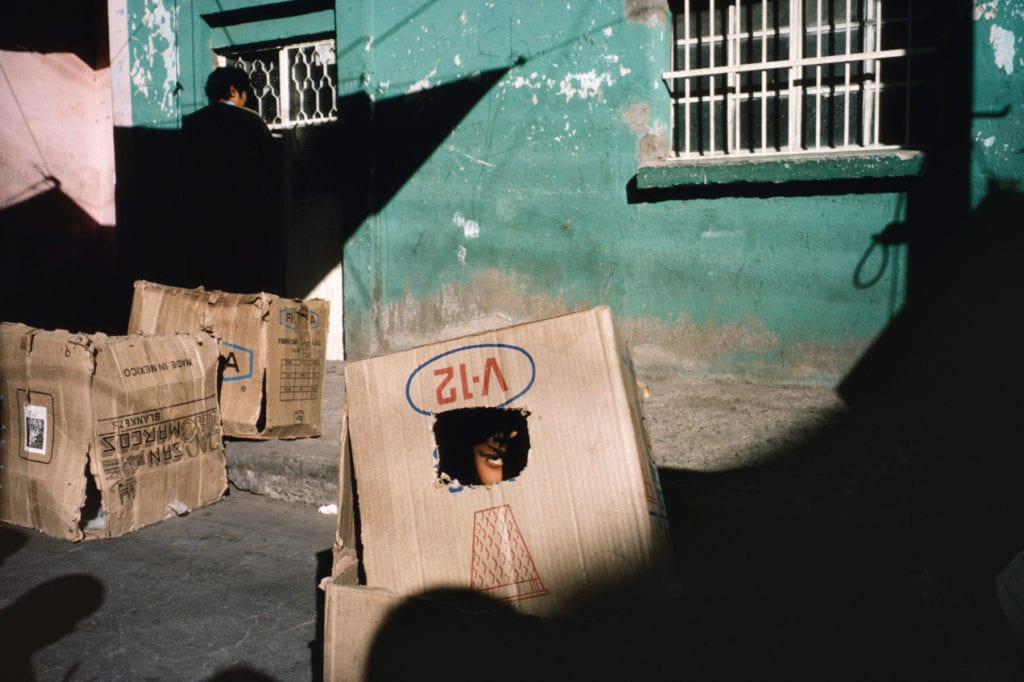 Gallery artists Alex Webb and Rebecca Norris Webb were featured on Lensculture, offering an inspiring look into the world of this husband and wife artist team. 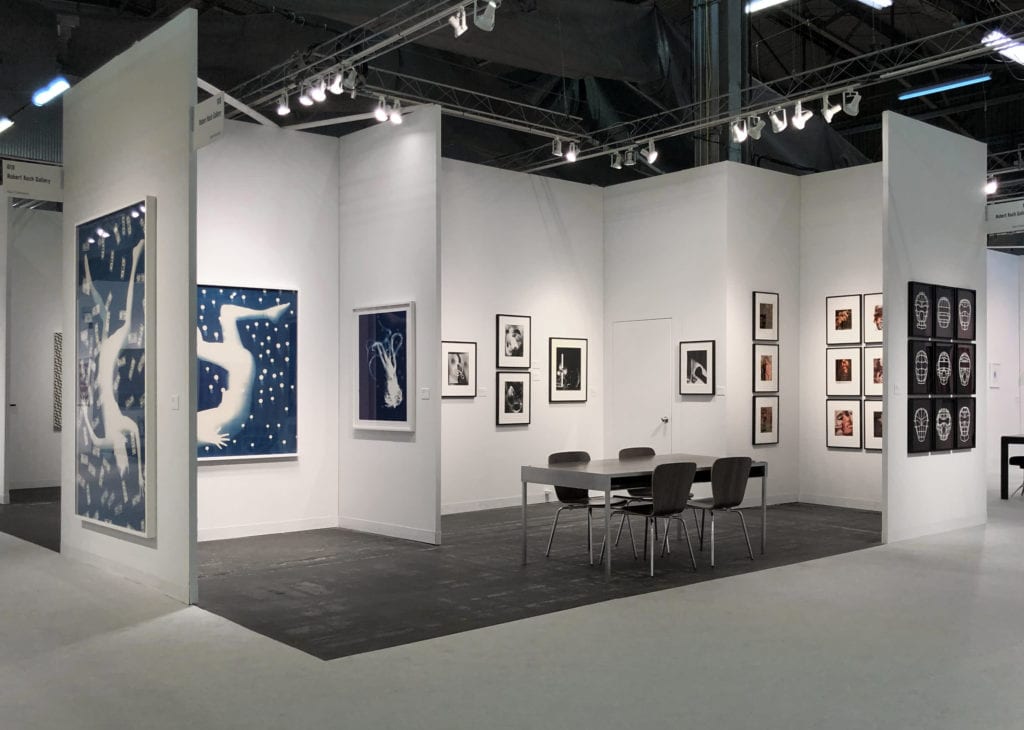 Among the earliest photographic images were photograms, cameraless photographs made by placing objects directly on the surface of a light-sensitized paper and exposing it to light.  In the early 20th century artists inspired by abstraction began exploring new ideas using photograms to create images that expressed a daring fresh way of seeing.  These experimental artists embraced the idea of chance and the photographic process’s alchemy.

From our gallery’s inception we have specialized in the avant-garde, from works by early groundbreaking practitioners in the first part of the 20th century to the present. Our booth at the Armory Show 2020 features early works from the 1930s as well as photograms by contemporary artists who carry forth the essence of experimental. 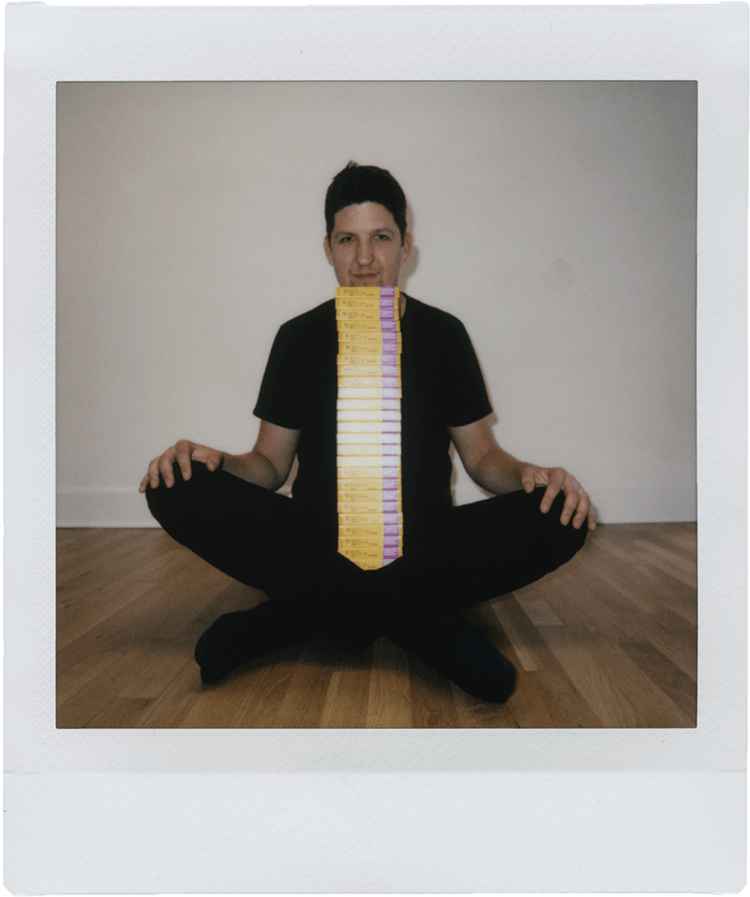 Trent Davis Bailey received the Film Photo Award in the Spring of 2019. One year later, Linda Moses checks back in with him. 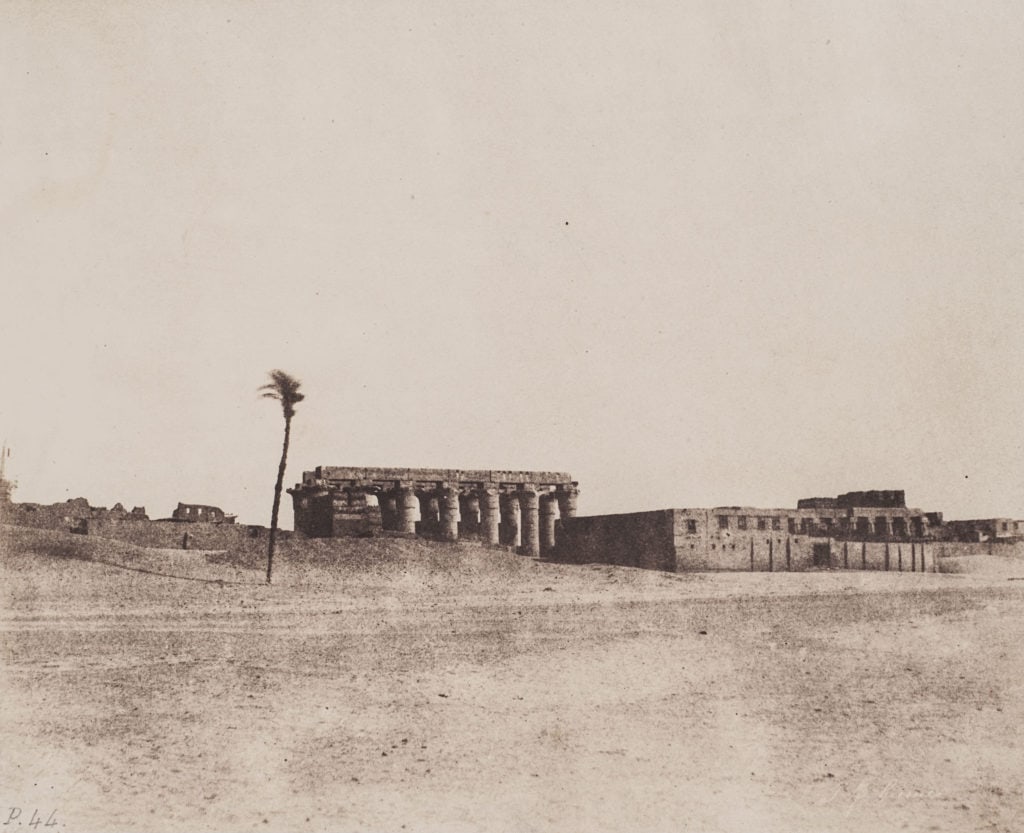 The Robert Koch Gallery’s 2019-2020 season celebrates our 40 year anniversary with exhibitions that reflect the breadth of work the gallery has exhibited and acquired during the gallery’s history. Our fall exhibition New Bauhaus in America commemorates the 100 year anniversary of the founding of the original Bauhaus school in Germany and is an example of our commitment to the avant-garde which emanated out of Europe. Italian futurism, the inceptive avant-garde movement included work by the Bragaglia brothers. The gallery currently has two exceptionally rare and significant Bragaglia photographs from 1911 and 1913 on loan to SFMOMA for their exhibition, Don’t! Photography and the Art of Mistakes. 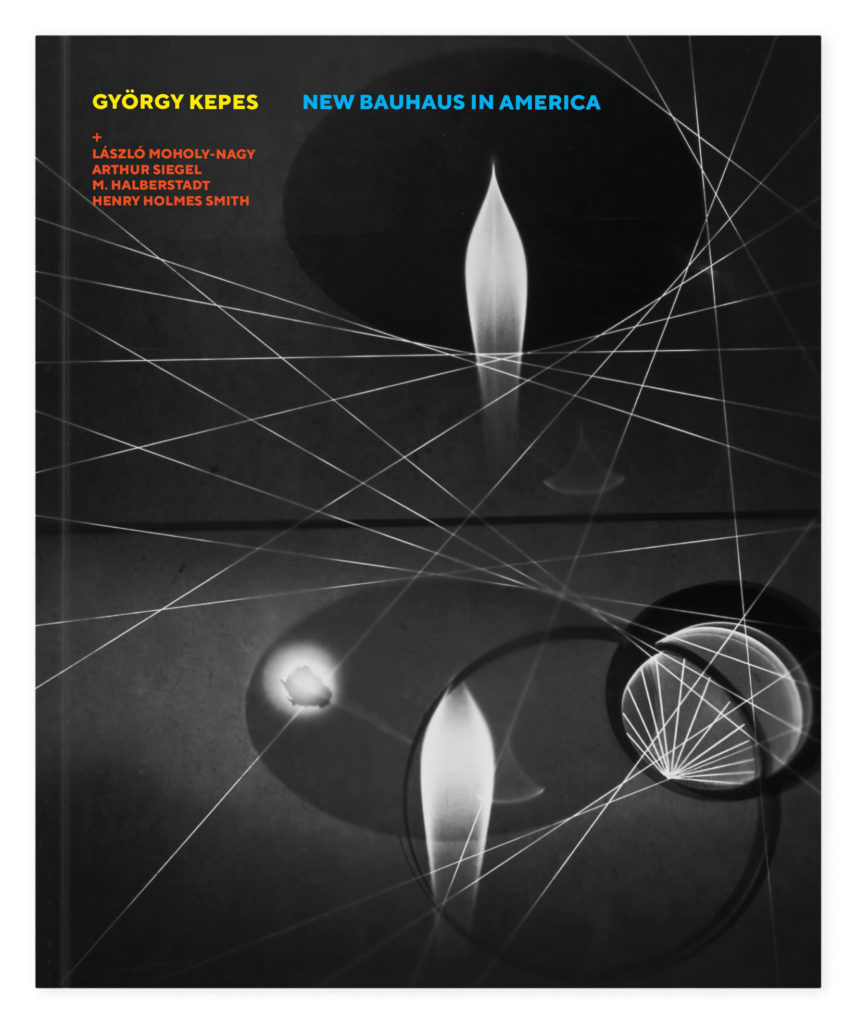 This small edition publication accompanies our current New Bauhaus in America exhibition, which is on view at the gallery through the end of November, 2019. The catalog features works included in the exhibition including works by György Kepes + László Moholy-Nagy, Arthur Siegel, M. Halberstadt, and Henry Holmes Smith with Introduction by Leland Rice. 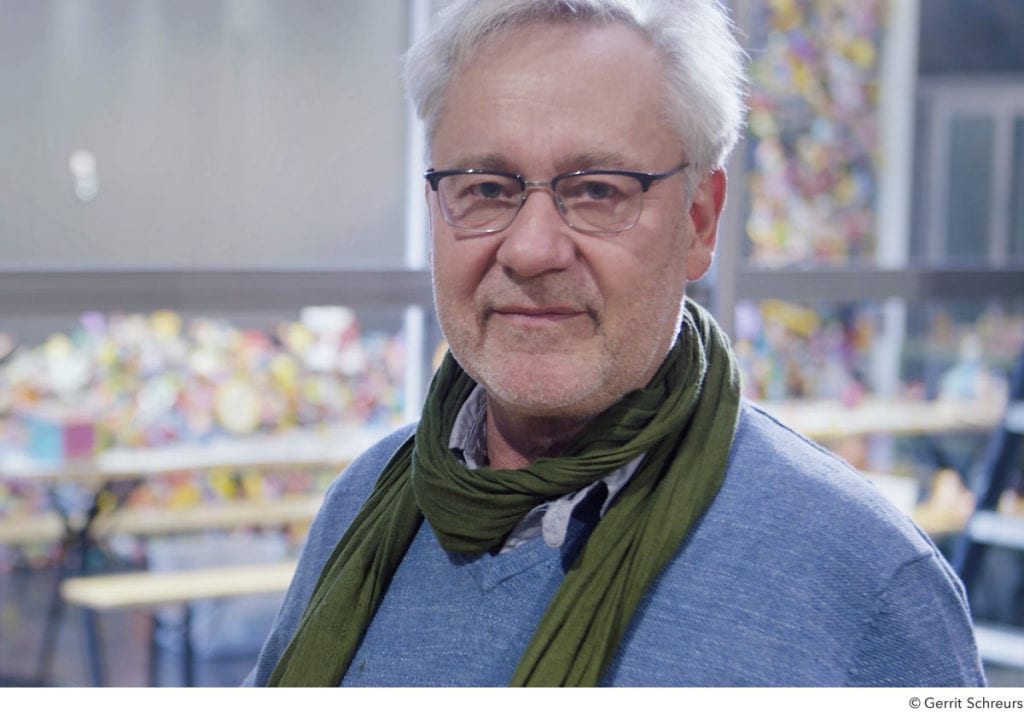 Gallery artist Michael Wolf passes away at age of 64

It is with great sadness that we announce the unexpected death of our longtime friend and gallery artist Michael Wolf, recognized for his work on life in cities, who passed away last Thursday at the age of 64 in his home in Cheung Chau, Hong Kong. 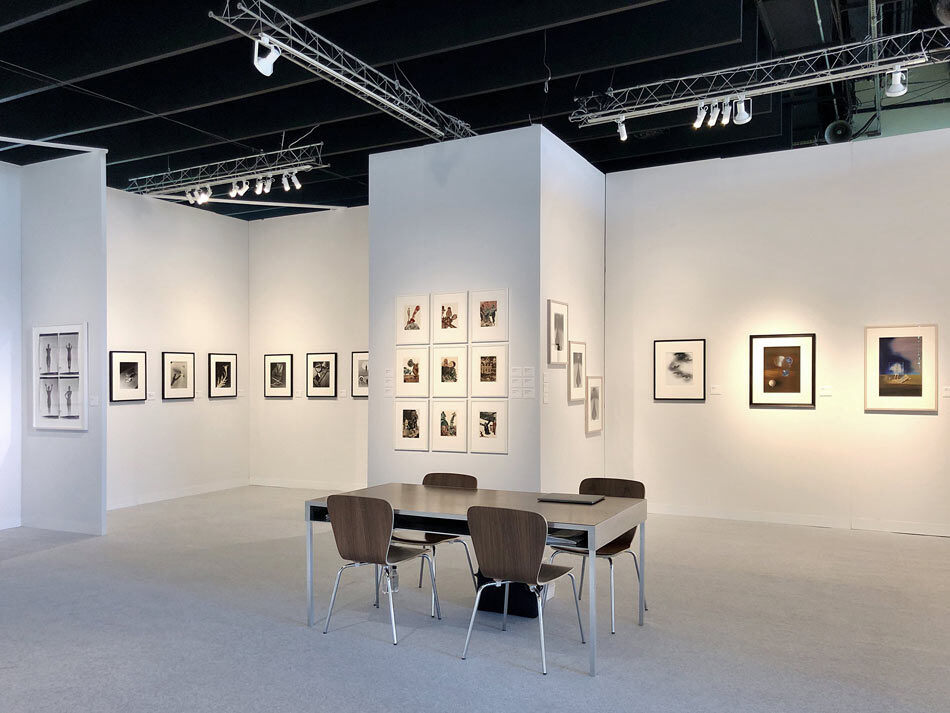 “In the first half of the 20th century, Hungarian artists living in their country and as expats abroad redefined what photography and images could do. László Moholy-Nagy, arguably the best known of the group, produced striking photograms, a term that he coined. The last-known photogram by the influential Bauhaus instructor, made in 1946, is on view here (and on offer for $75,000). It’s a gorgeous, supremely modern work that seems to foretell complex grayscale experiments by contemporary artists like Avery K. Singer. 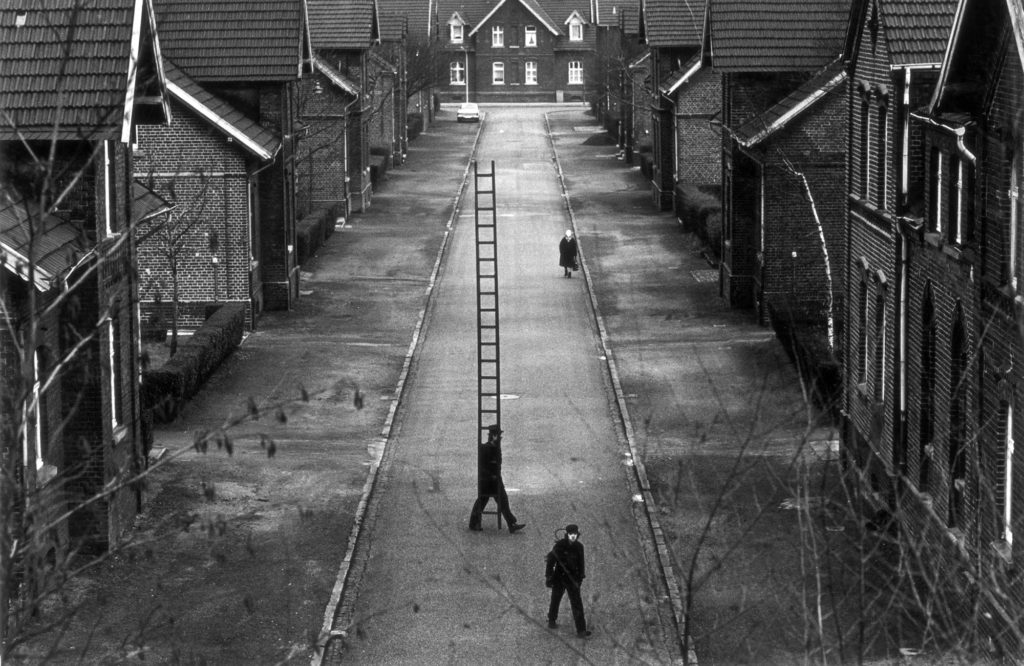 Michael Wolf‘s Bottrop-Ebel 76 exhibition opens at The Josef Albers Museum in Bottrop, Germany on February 24, 2019, and runs through May 19, 2019. The 1976 series focuses on life in a small coal mining village in the Ruhr District of Germany. 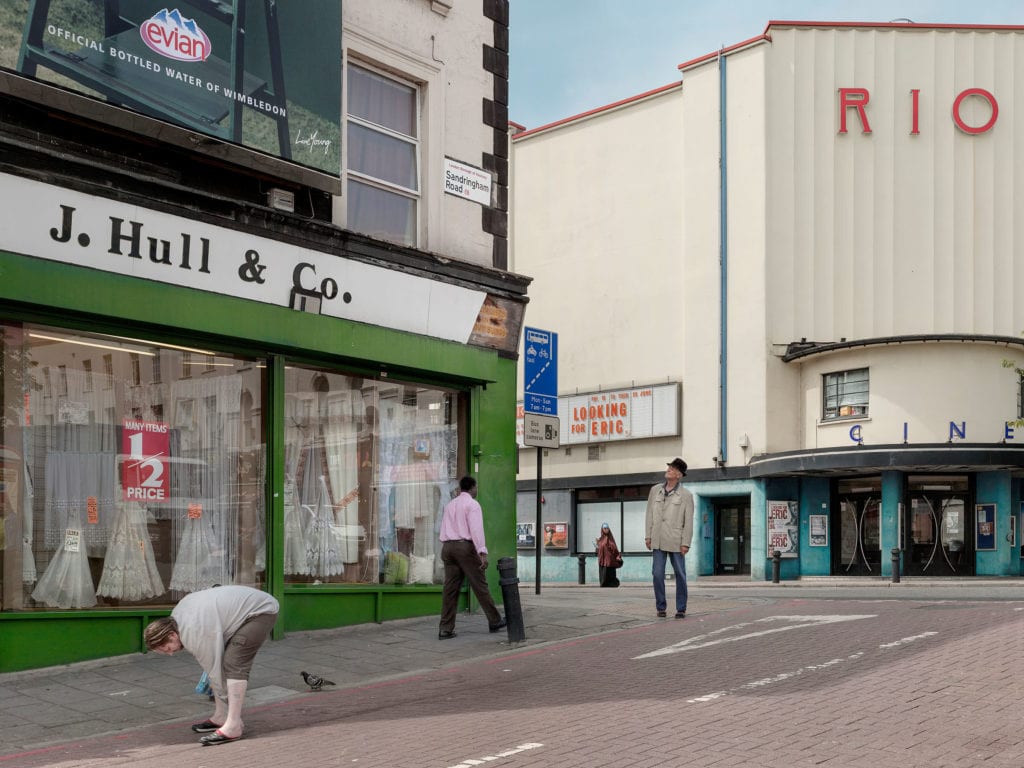 The Corners, the newest monograph by gallery artist Chris Dorley-Brown, has been honored with the 2018 British Book Design and Production Award in the Photography Book category. The Corners is published by Hoxton Mini Press, London, with design by Friederike Huber. 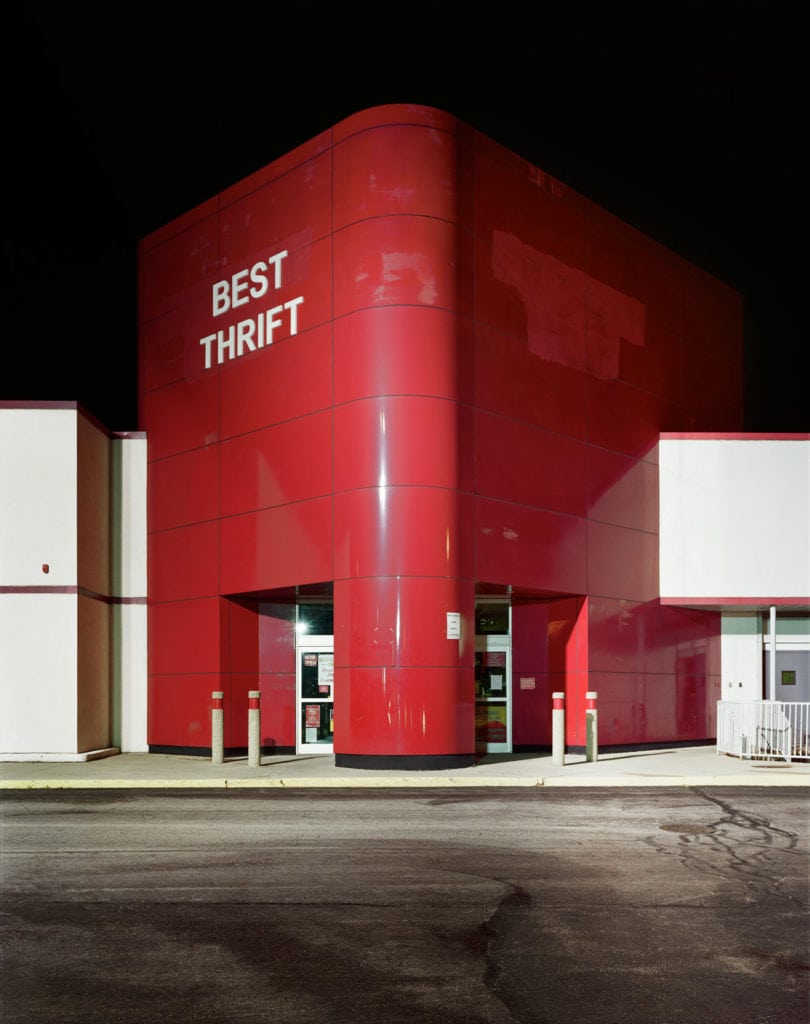 This Land focuses on work made throughout the United States within the past decade. The photographers assembled here examine aspects of the country’s current social climate, from the mundane to the politicized. This Land will be on view through March 31, 2019 at Pier 24 located on San Francisco’s Embarcadero. 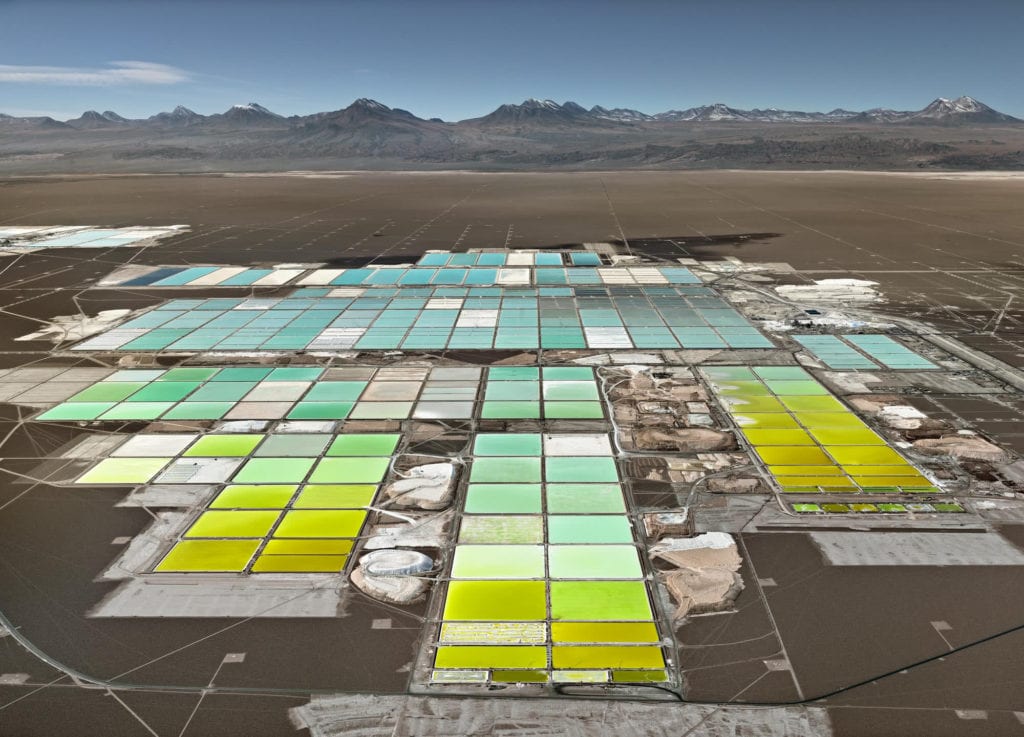 This Fall the Robert Koch Gallery will exhibit Canadian photographer Edward Burtynsky’s highly anticipated Anthropocene project, his seventh exhibition at the gallery since 1999. Five years in the making, Anthropocene presents powerful and poignant works by Burtynsky mapping the impact of human intervention on Planet Earth. Anthropocene will be exhibited concurrent to the release of the artist’s sixth Steidl monograph of the same title, and his film collaboration with filmmakers Jennifer Baichwal and Nicholas de Pencier; in conjunction with two museum exhibitions, one at the Art Gallery of Ontario and the other at the National Gallery of Canada. 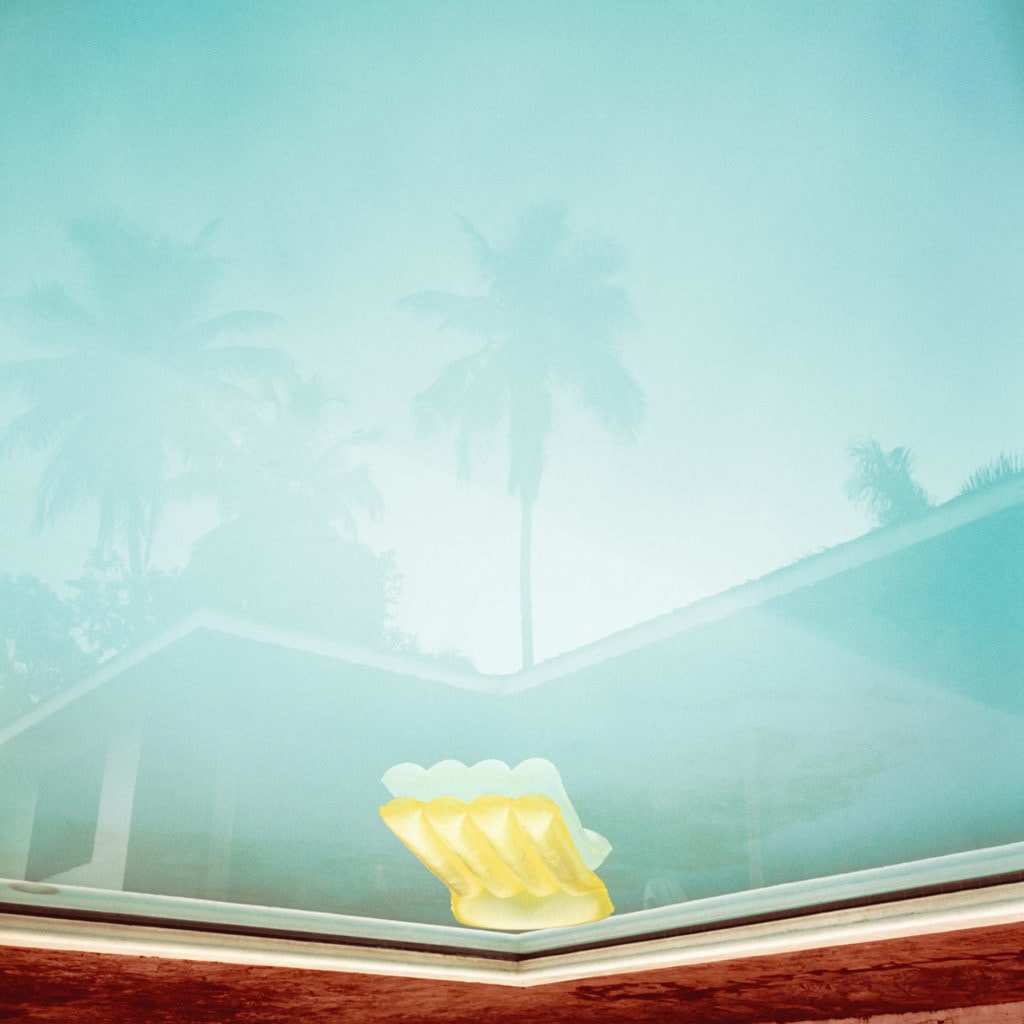 Poolscapes brings together two bodies of work―The Pool (2002–2005) and Poolscapes (2009–2012)―by French-born, Brooklyn-based photographer Karine Laval, both focusing on the motif of the swimming pool. Presenting public pools in urban and natural environments throughout Europe and private pools in the US in two distinct sections, the book is arranged chronologically and shows an evolution in tone and depth, from the photographic to the painterly. 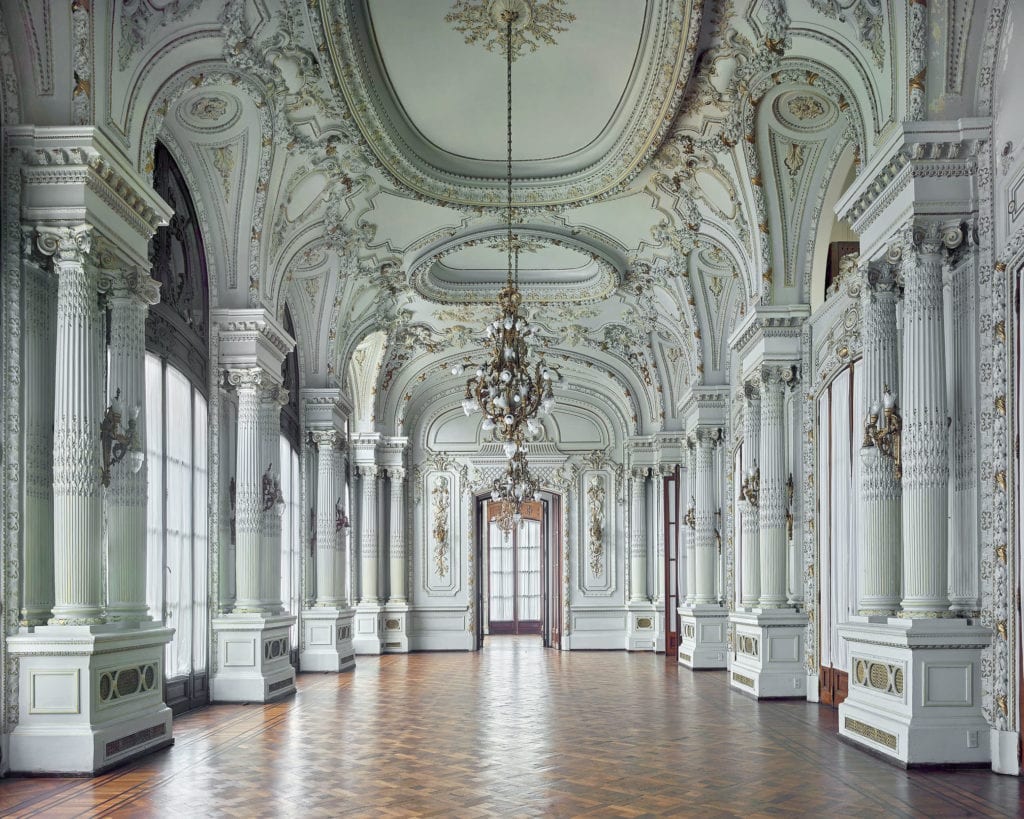 Robert Koch is pleased to announce representation of Michael Eastman. Eastman has spent five decades documenting interiors and facades in cities as diverse as Havana, Paris, Rome, and New Orleans, producing photographs unified by their visual precision, monumentality, and painterly use of color.

The gallery is proud to announce that the George Eastman Museum has acquired a print of The Flooded Village of Geamana (Geamana, Central Romania), 2011 by Hungarian gallery artist Tamas Dezso with the generous assistance of a gallery client and donor.

Tamas Dezso’s work has been exhibited worldwide, including the Shanghai Museum of Contemporary Art; FOAM Photo Museum, Amsterdam; New Mexico Museum of Art, Santa Fe, New Mexico; the Hungarian Cultural Institute, Bratislava, Slovakia; and the Helsinki Photography Biennial, Helsinki, Finland. His photographs have appeared in The New York Times, Le Monde magazine and Harpers magazine, and many other publications. Tamas Dezso was nominated for the 2012 Prix Pictet award. Dezso’s monograph, Notes for an Epilogue was published by Hatje Cantz in 2015. 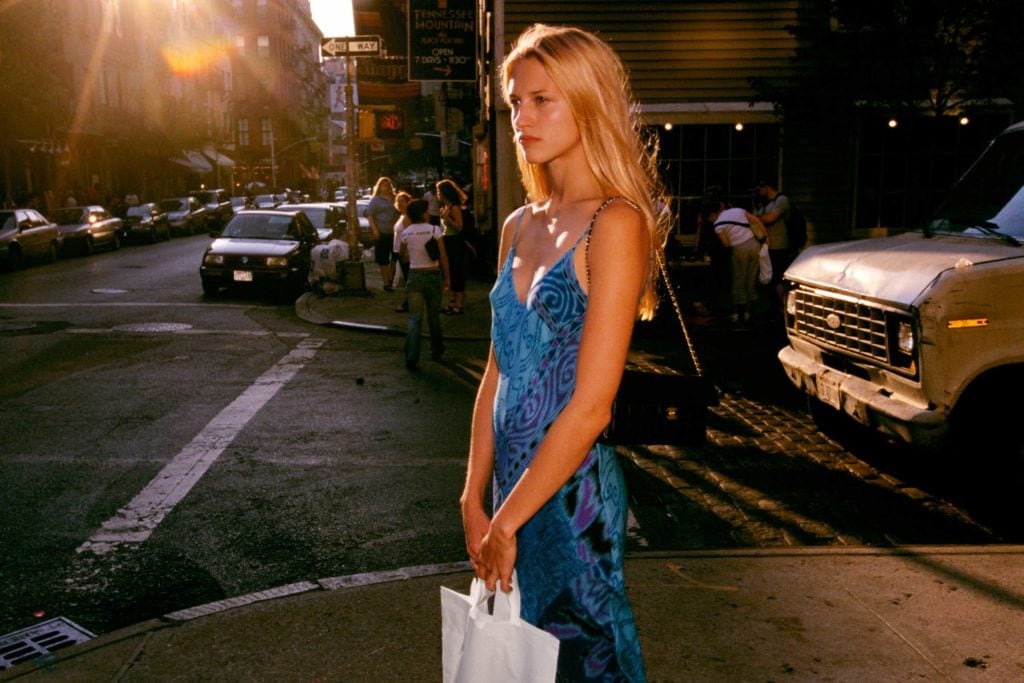 Lauren Greenfield was recently featured in The New York Times for her new film and monograph Generation Wealth, a multi-media retrospective exhibition spanning 25-years of the artist’s career which includes exhibitions at the Annenberg Space for Photography, Los Angeles; The International Center of Photography, New York; and the Fotomuseum Den Haag, Netherlands. The exhibitions are accompanied by a 500-page monograph published by Phaidon, along with a feature award winning documentary film shown at Sundance this year. 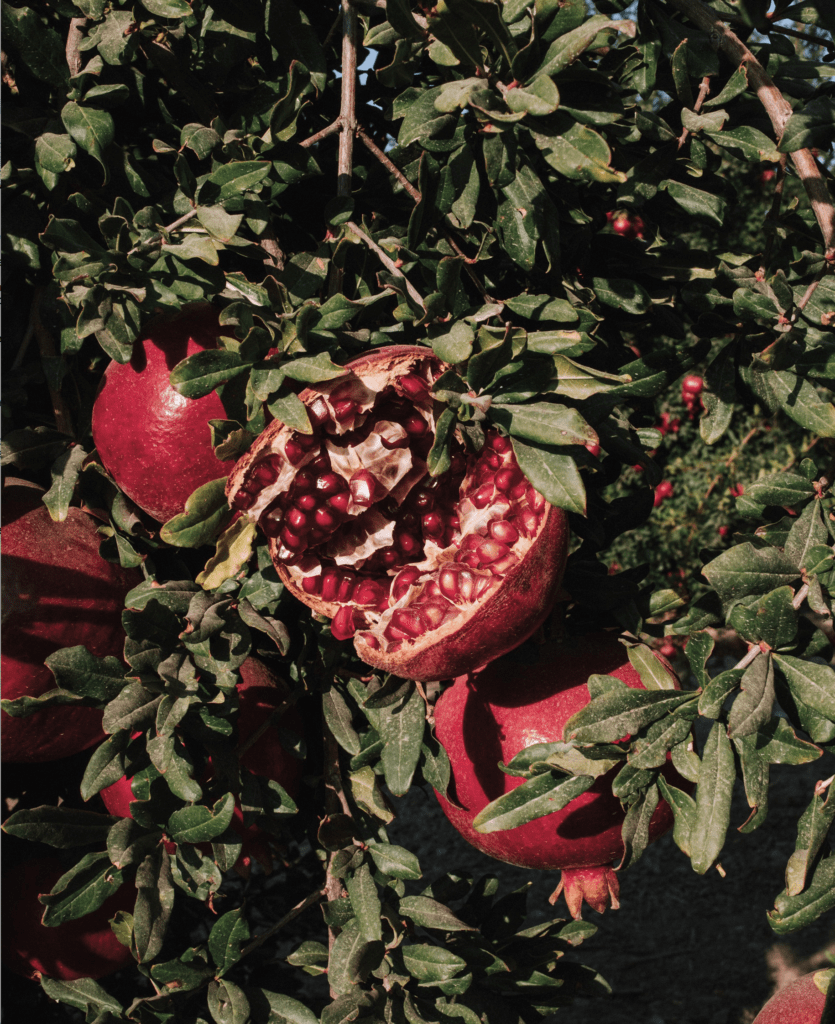 Bailey received his MFA at the California College of the Arts, and received his BFA in Photography and BA in Art History from the University of Colorado at Boulder. The Museum of Contemporary Photography (MoCP) at Columbia College Chicago recently awarded Trent Davis Bailey the 2015 Snider Prize. 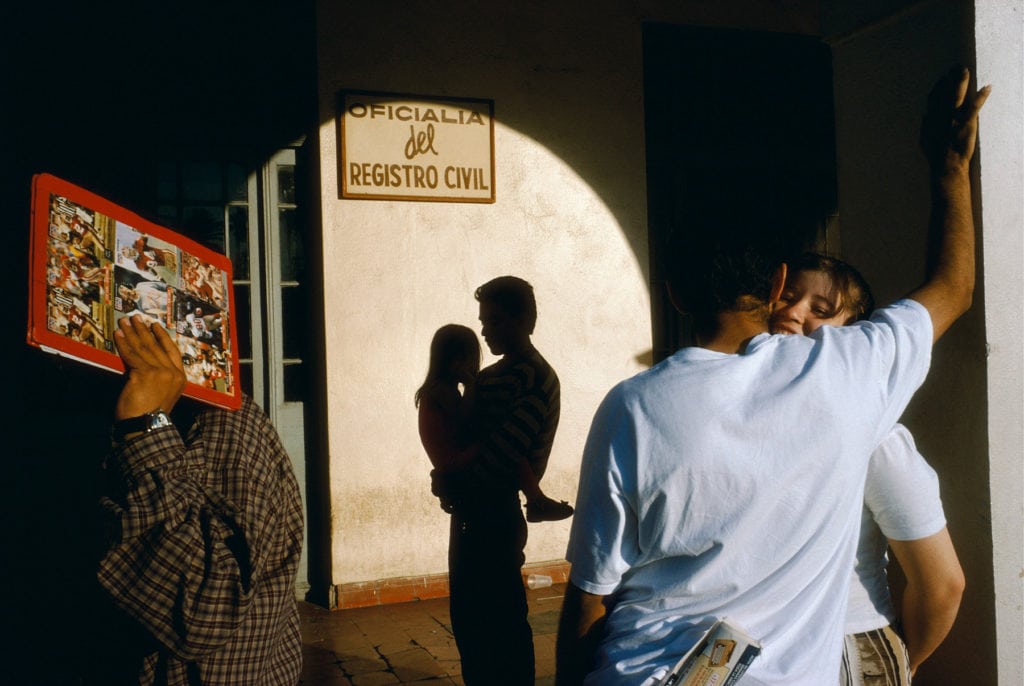 Alex Webb: La Calle is currently on view at the gallery through February 25, 2017 and has recently been featured by: The New York Times, The New Yorker and Wallpaper Magazine.

The accompanying monograph Alex Webb: La Calle, Photographs from Mexico, which was co-published by Aperture and Televisa Foundation, is available signed through the gallery. 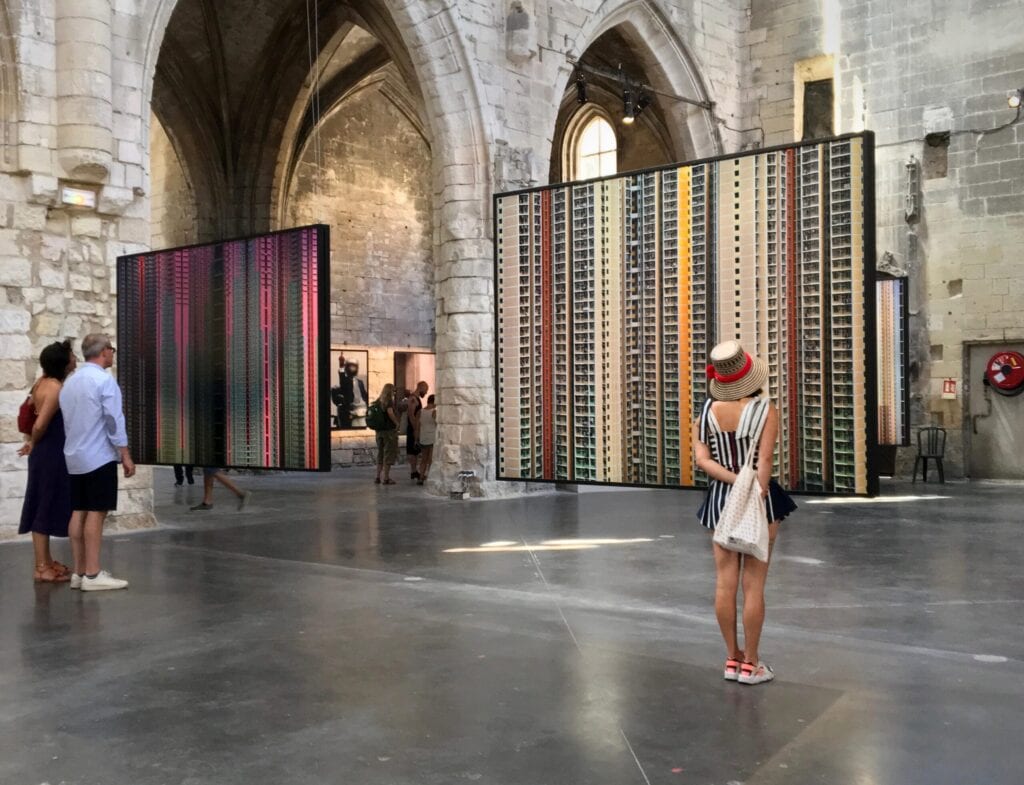 We are pleased to announce that gallery artist Michael Wolf’s traveling retrospective Life in Cities opens at the Rencontres d’Arles on July 3rd, 2017, and will be on view through August 27, 2017. The exhibition will travel to international institutions and is accompanied with a monograph of the same title. 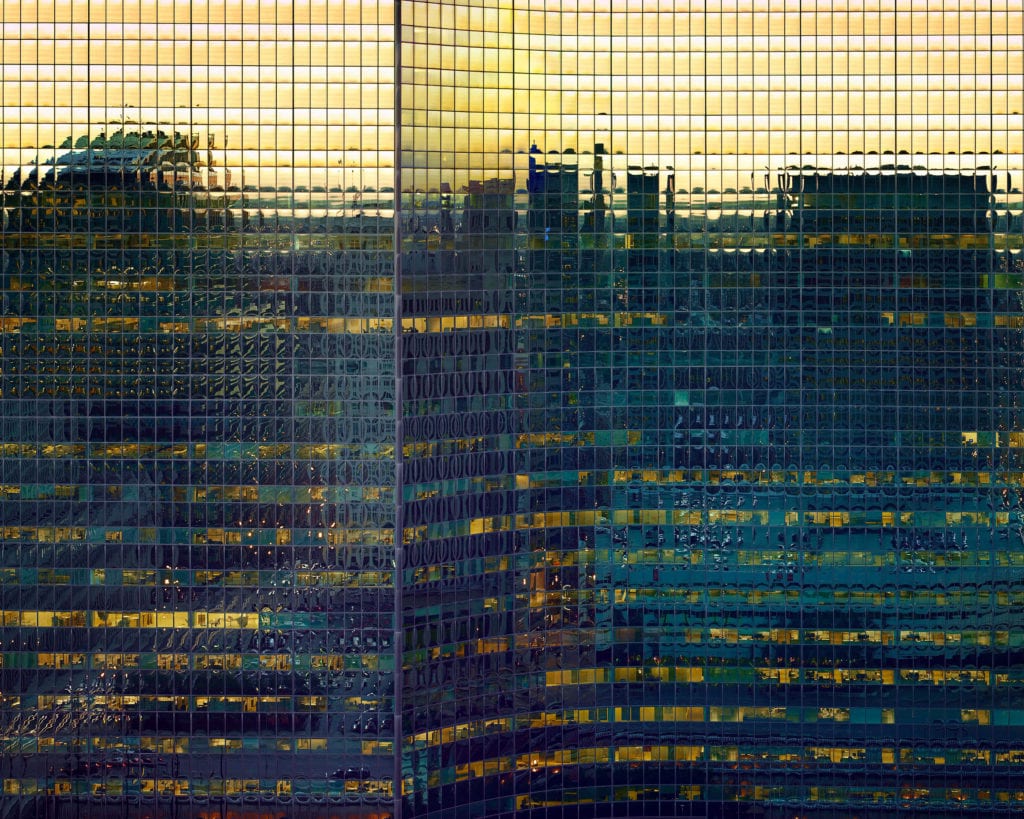 Robert Koch Gallery is pleased to be participating in the inaugural edition of PHOTOFAIRS San Francisco, the new boutique fair presenting cutting edge, contemporary photography on a global scale where international galleries from 14 countries will present works for sale in a highly curated environment.